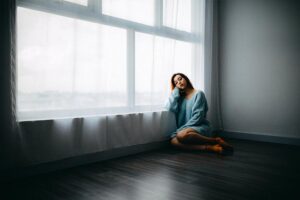 Will Your Arizona Common Law Spouse Inherit Your Estate?

Probate in Arizona normally follows a fairly straightforward process. If you left a will naming a specific single beneficiary, that person will inherit your estate. If you did not leave a will, the probate court will appoint a beneficiary, usually the surviving spouse. However, not everyone applies the same definition of the term “spouse.” If you lived in a committed relationship with someone you regarded as your spouse, you may have established a common law marriage with that person. The question is, will that person be eligible to inherit your estate according to Arizona law? The answer is a bit more complex than you might think.

Common law marriage has existed in parts of America since the 19th Century, when formal marriages were tricker to arrange and implement, especially in remote areas. This type of marriage is considered valid even if no marriage ceremony or procedure has been officially performed or documented. To establish a common law marriage, you and your partner must enter into a committed relationship with the intent to marry. Additionally, you must live together for a significant period, although there are no rules regarding the actual duration (despite the common notion of a seven-year cohabitation requirement). Other basic requirements for a common law marriage resemble traditional marriage requirements, such as being of legal marriageable age and being in sound mind.

Finally, for your common law marriage to be considered legitimate, you two must present yourselves as a married couple to the outside world in all practical respects. You can do this not only by referring to each other as husband and wife, but also by having one spouse take the other’s last name. Joint financial accounts also serve as supporting evidence of a common law marriage.

The problem with common law marriage is that it isn’t universally practiced through the 50 states. Some states recognize the legitimacy of common law marriages by residents of their state, while others don’t. Arizona is one of the states that does not honor common law marriages created within its borders. No matter how committed you and your partner might be, if you established your common law marriage in Arizona, Arizona won’t recognize it as valid. This means that unless you designated this person as the beneficiary of your estate, the probate might have the right to assign it to another candidate.

There’s a silver lining, however. Arizona does recognize common-law marriages originated within states that permit such marriages. If you established your common law marriage in Colorado, South Carolina, Rhode Island, Texas, Utah, D.C., Montana, Iowa, or Kansas, that common law marriage will maintain its legal weight in Arizona.

Dana Law Group can help you prepare your will or address other probate concerns. Contact our law office today.