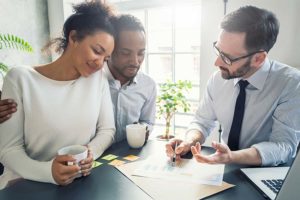 Kobe Bryant’s untimely death on January 26 in a helicopter crash was a tragedy for a multitude of reasons. Not only was Bryant a beloved athlete, but the former Lakers star was also only 41 years old. Killed alongside him was his daughter Gianna, who herself was only 13 years old. Many people are still mourning their deaths (as well as those of others who were in the same helicopter), but it’s also important to learn from tragic events like this.

Regardless of what Bryant’s personal estate plan may have been at the time of his death, the mere fact that he passed away so young and so suddenly is a somber reminder that life is unpredictable. Events like this can happen anytime, anywhere, and so it is crucial to set up your own estate plan and keep it updated — regardless of how old you are. With deaths like Kobe Bryant’s in mind, here are some things that can be considered:

The Complexity of an Estate

It’s no secret that Bryant was a very wealthy man on account of his professional athletic career. However, no matter how much wealth a person has, an estate plan is not just about money. Rather, it encompasses all assets, from finances to property to business holdings, etc. Because of this, many people choose more than one person to inherit their estate, or rather, certain portions of it. For those with businesses and investments, they often select someone (not always a family member) to either sell them off once they are gone or take over ownership. Basically, it’s important to think about how you want all of your assets handled once you are gone, as well as who you want to inherit them (the beneficiaries).

If you’re like most people, it’s highly likely that you have loved ones whom you would like to see inherit your estate once you are gone. In Kobe Bryant’s case, his closest surviving family members are his wife of 19 years and his three other daughters (one of whom is an infant). The good news for them is that it’s been widely reported for years that Bryant and his wife married without a prenuptial agreement. This means that even if his estate plan is not current and set up to take care of his family, his wife will most likely, by default, inherit his estate. And thanks to a state rule called “spousal exemption”, she will mostly likely not have to pay any taxes on the assets.

One very important consideration that can be made with family and children in mind is planning for the future. Bryant’s younger daughter is an infant, for example, and therefore she still has all of childhood to get through in addition to her future life as an adult. All three of his surviving daughters will most likely be going to college. Many people with children choose to have them wait until they are age 18 until they can access their inheritance, though it is also important to set up funding / caregivers for their childhood in the meantime. If you have children, you should be thinking about what would happen to them if you were to pass away suddenly. You can always update your estate as both you and they get older.

Nobody likes thinking about the end, but the fact is that it can come at any time. It’s important to talk with your family members about estate planning (for all of you), so none of you are kept in the dark. When you’re ready to move forward with actually planning, give us a call or send us a message. We’re here for you!