The Hearsay Rules in Probate and Trust Disputes 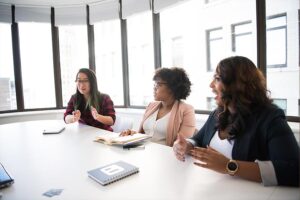 Many people take steps to put a will or trust in place to ensure their wishes are followed after they pass. However, that doesn’t mean there won’t be some disputes after you’re gone. There may be family members who feel they should have been included or individuals who try to claim you meant to make changes that didn’t get made in time. Regardless of the reason, probate and trust disputes can cause a lot of stress during an already difficult time. One of the important aspects to learn about his how hearsay plays a role in these disputes and what it means for your family.

What Is the Hearsay Rule?

Arizona has established rules of evidence that address the use of hearsay in probate and trust disputes, as well as in other areas of law. In general terms, hearsay is not allowed, but there are a couple of exceptions. Hearsay is roughly defined as statements made by the declarant that didn’t occur during the case and statements a party offers as evidence to prove the trust of the statement. These statements can be verbal, written or non-verbal in nature. Where things get sticky is in probate and trust hearings. During these cases, witnesses are often called to clarify information the deceased told them, which can be relevant to inconsistencies or proving whether the deceased was mentally competent enough to make said changes. For instance, if someone told a trusted friend or relative they were disinheriting an individual for a specific reason, it couldn’t be used if the change was never made, but if the disinherited individual challenged the change, it is fully admissible to show intent.

What About Computer Generated Statements?

With advancements in technology comes the need to address how computer generated statements should be handled in these types of cases. For instance, in the case of a burglary call where a motion-sensing camera was triggered and started recording, sending a message to the owner of the security system. The statement of what happened is computer generated but can certainly be used as evidence in the case, even though there were no direct witnesses. While this situation has nothing to do with probate and trust disputes, it’s still relevant. These types of cases set the precedence for future cases, which means computer-generated statements are likely to be deemed admissible in the future, though it’s important for courts to be mindful of when they were created and by whom to ensure they are legitimately produced by the person in question. It will be up to the probate and trust court to authenticate any computer-generated evidence presented in these cases to ensure they do indicate the deceased’s wishes and aren’t fabricated by the person who stands to benefit from the change.

Dealing with hearsay can make probate and trust disputes a challenge. Because they deal with a person’s wishes who is no longer around to explain what they meant, it’s essential to find ways to authenticate any evidence presented to ensure the person’s actual will is followed appropriately.